I’m about to head onto my next expedition, and this time I’m venturing into Colombia. Colombia itself is a country rich in culture, diversity, and history. However, there are still many areas in North and South Colombia that haven’t had full exploration. And as you may already know, I make it my mission and passion to get into the areas that are less travelled.

Even in this specific location, you can see vast differences between North and South Colombia depending on which region you’re in.

In the southern region of Colombia, we find ourselves entering the region of the Amazon. This has several different departments, such as Amazonas, and the smal town of leticia, Guaviare, Vaupés, just to name a few.  As a landmass, the Amazon rainforest actually engulfs the southern area of Colombia and covers over a third of the country.

The part of the Amazon that is in Colombia has numerous famous riverways interconnected. It’s also a major hub for those boats that find themselves traveling on the routes.

It’s also important to note that Colombia doesn’t have four natural seasons; it only has two, wet (which leads to excessive rainfalls) and dry seasons. The wet season happens from January to June, and the dry season is usually from July to December.

It’s rarely a good idea to venture for the first time into the Amazon region during the wet season. This is because it’s already an exhaustive trip to begin with. Also, the addition of the constant downpour can end up adding a layer of complexity you didn’t prepare for (such as mudslides and flooding).

You’ll most likely find yourself in the city of Leticia. This is a border town in the Amazon near Peru and Brazil. Yet if you’re looking to experience what the Amazon has to show you, then pack that bug spray and understand that Colombia itself has some of the most untouched parts of the Amazon. Also, the least explored areas compared to its neighboring countries.

This means that tourism is a lot lighter here and not as developed. This can lead to a lack of amenities but an abundance of exploration to get yourself into and enjoy. All without the buzzing coming from the massive tourists and their relevant traps.

The primary department here is the Chocó department, which borders Panama. Due to its location, it was one of the earliest exploited settlements from the age of exploration with the arrival of the Spanish Conquistadors.

Unfortunately, this has led to the region being much poorer than other Colombian departments. It also, in turn, has a much weaker and unstable infrastructure for travel.

Additionally, the majority of the population in the North is not what you may expect when you visit Colombia. They are primarily descendants of Afro Caribbeans, which were the slaves that the conquistadors would bring over to work the land.

In addition, the region itself is highly inhospitable in combination with a climate that is “tropical monsoon climate”. This means that there’s horrendous rainfall for half of the wet season.

Due to being close to the Pacific Ocean, there’s also the chance that natural hazards such as Tsunamis which could occur in the area at any time, adding another layer of devastation.

Juradó is one of the small towns in the Chocó department in Colombia.

It sits right next to the ocean, and the city and its surrounding areas are practically untouched by anyone but the locals. However, there is a heavy criminal element in t the region itself.  This is due to its proximity to Panama and the armed groups and there activity within Colombia in general.

That means for anyone who’s considering traveling in this region, prepare yourself to take other means of transportation than simply flying from a major US or European airport into the region. Your best option is to take a boat up the coast using bahio solano or city of Buenaventura as a start point for the rest of your exploratory journey. 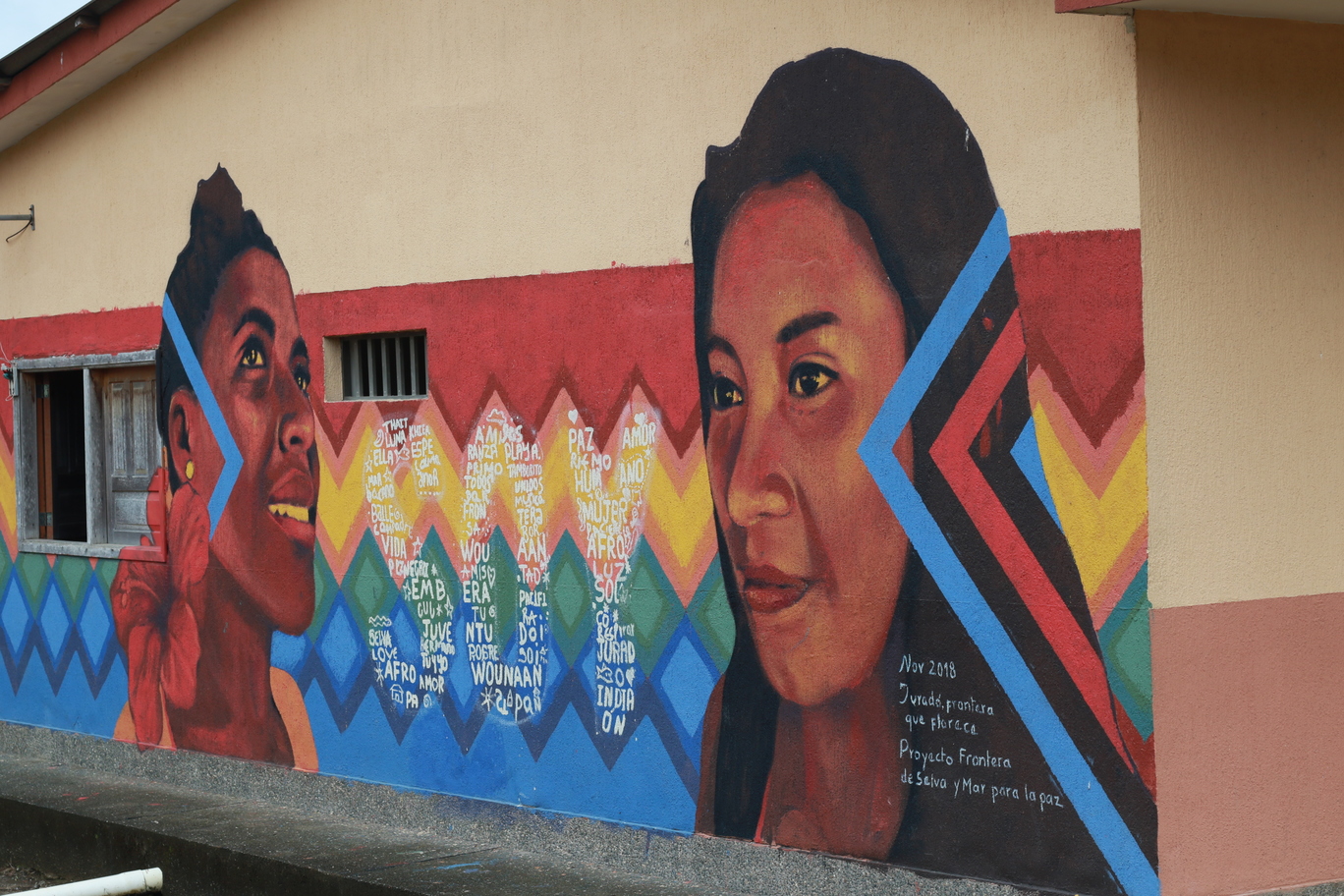 Where I’m going to travel next

Juradó and the Panamanian / Colombian border region are where my next exploration travels will take me. Haveing been here a number of times in the past.  The primary reason why I’m going here is to record and document with the hopes of educating those that want to see some of the few remaining parts of our planet that hasn’t become a tourist destination.

With all of the hardships and the general lack of amenities, it may sound like an uncomfortable journey and may not be considered a vacation.

Yet I believe that the region shows a different side of untapped beauty and potential that needs to be explored further and documented.

My mission is to proceed to shed light on these underrepresented location throughout the globe, their food and their culture.  And showcase just how kind the local communities are.

It may not be easy, but that just makes it more worthwhile. Also, I hope that as I travel not only in Juradó but to the border region itself, I’ll be able to document just what makes the region worthwhile and the abundance of nature that I’ll be encountering.

I’m looking forward and excited for those off-the-beaten-path road trips or several hour bumpy boat rides that will be just the beginning to get to the Chocó department itself!

After that, I plan to head towards the Darién Gap itself. This is the natural border between Colombia and Panama and home to some of the oldest indigenous tribes that still exist today. These include the Embera-Wounaan and Guna tribes. Unfortunately, some of these places are only reachable by canoes, and other types of paddle boats, so wish me luck!

How you can help

As always, I appreciate those that take the time to hear about my upcoming journeys. In the process, helping to spread the word to others that these places, in fact, exist. I’m always open to communication and collaboration and cannot wait to share my experiences in Juradó and the border region itself.

Furthermore, it helps to motivate me that my experiences help bring a positive view to these otherwise ignored regions.