Posted in: Latest News
So as we arrived in the favela we were immediately stared at, me in particular as I evidently don’t look Brazilian and people who travel in the favelas are known almost always by the young men and women on the front gate as it is paramount in their eyes to know as many people due to regular and sporadic violence. That happens at short notice and with the number of guns available turns extremely violent very quickly.

So the drive from the entrance was a painstaking the lanes are so narrow only one car at a time could pass either up or down. This was intentional and done by the community over the years with either huge blocks of concrete or an iron rod or 2 cemented in the ground. The aim of this was to prevent completely or slow down a huge amount the oncoming specialised police units. Known as BOPE as an acronym to Batalhão de Operações Policiais Especiais. Which is known English along the lines of special military police units? Who specialises in urban fighting tactics which is the main focus in the favelas. So the drive felt like it took a lot longer than it actually did kids in the road, blind corners everywhere and the stubborn drivers coming towards us. We arrived in one piece, at the main focus of the project the gym and offices a 3 story building a big gym and boxing ring. Where there were a few lads already there and the offices full of the staff the guys already there were the coaches preparing equipment for the class. I followed Roberta upstairs made sure my camera was fully charged. I was introduced to the rest of the team there was quite a lot more staff than expected project seemed to be enjoyed by all staff. My camera was working I headed back downstairs and asked when it will start the replied 11 o’clock in Portuguese. Roberta also followed me down and we spoke outside at the entrance it was explained if something were to happen in the favela they have local people involved in the favelas issues as to act as an early warning sign so to speak if there would be a shooting or suspected shooting or unrest they would get a heads up and we could act accordingly by leaving or staying indoors. So as we were in conversation two small kids around 6 and 8 arrived and were very curious asking question to me about me, me not understanding Portuguese Roberta would translate they asked what I was doing there I showed them my camera and which sounded more Spanish than Portuguese again ‘yo Trabajo Aqui en Fotografia.’ They then asked where I was from as my eyes did not look like I was Brazilian so I tried to explain my roots best I could which is complicated at the best of times they laughed and ran off. Roberta asked if I would be ok now as she has work to do and the session will begin soon and I will be preoccupied, I said yes no worries see you afterwards.

The sense, I got off the Lutapelapaz programme was more than just a hardcore gym, which it was. It also had the makings of creating potential world champions in any taught sport from Muay Thai to boxing. The coaches oozed with passion and determination with the determination of any professional gym I have been to. Along with these qualities it was also a community centre and a workplace which created jobs within the community as well as the cohesion of young people that may not see eye to eye within an environment they are being brought up in.

The first session began which was a Muay Thai class this sport was a brutal one can strike opponents with elbows and knees as well as grappling. As I sat on the edge of the boxing ring I was approached by the participants out of sheer curiosity I spoke little back to them as I didn’t understand although there was an individual who could speak little English so he acted as an interpreter, when I did I explained I am photographing the session as I work as a photographer in England and I have come to spend time in Marè. After 21 questions most the same. They began to get bored of me and focussed on there training. 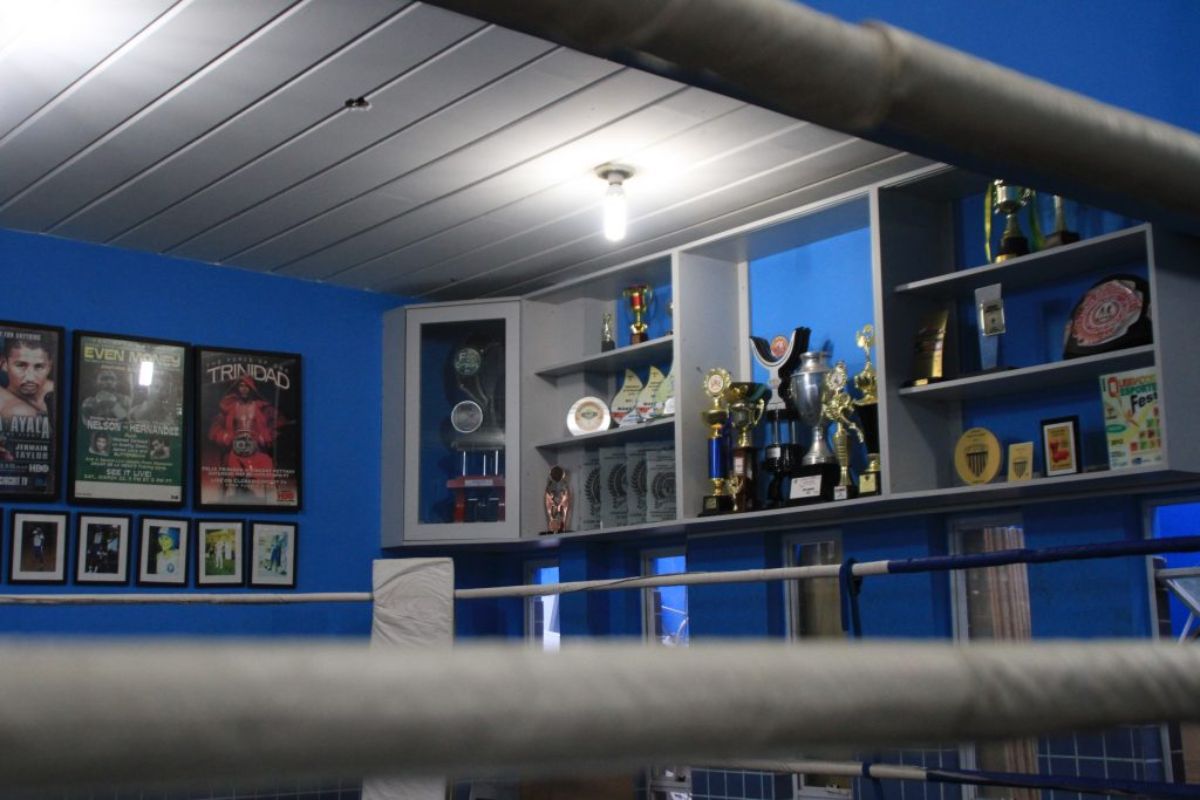 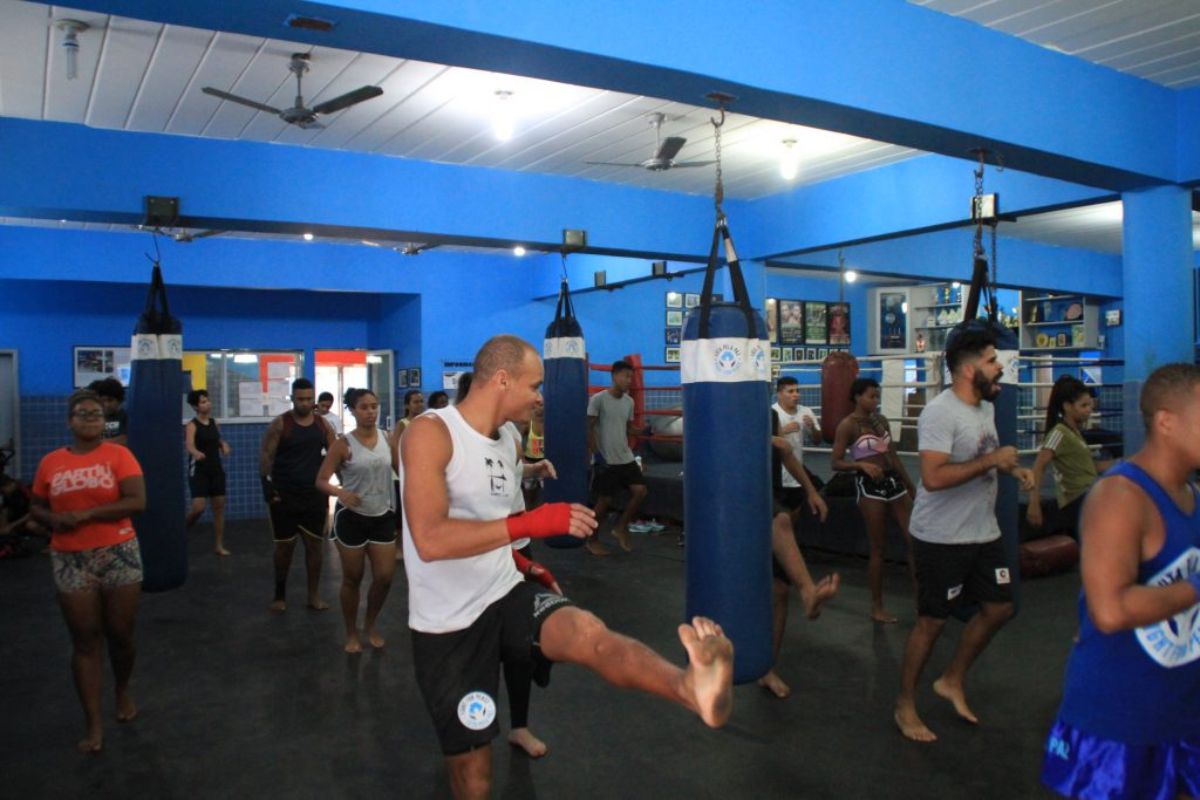 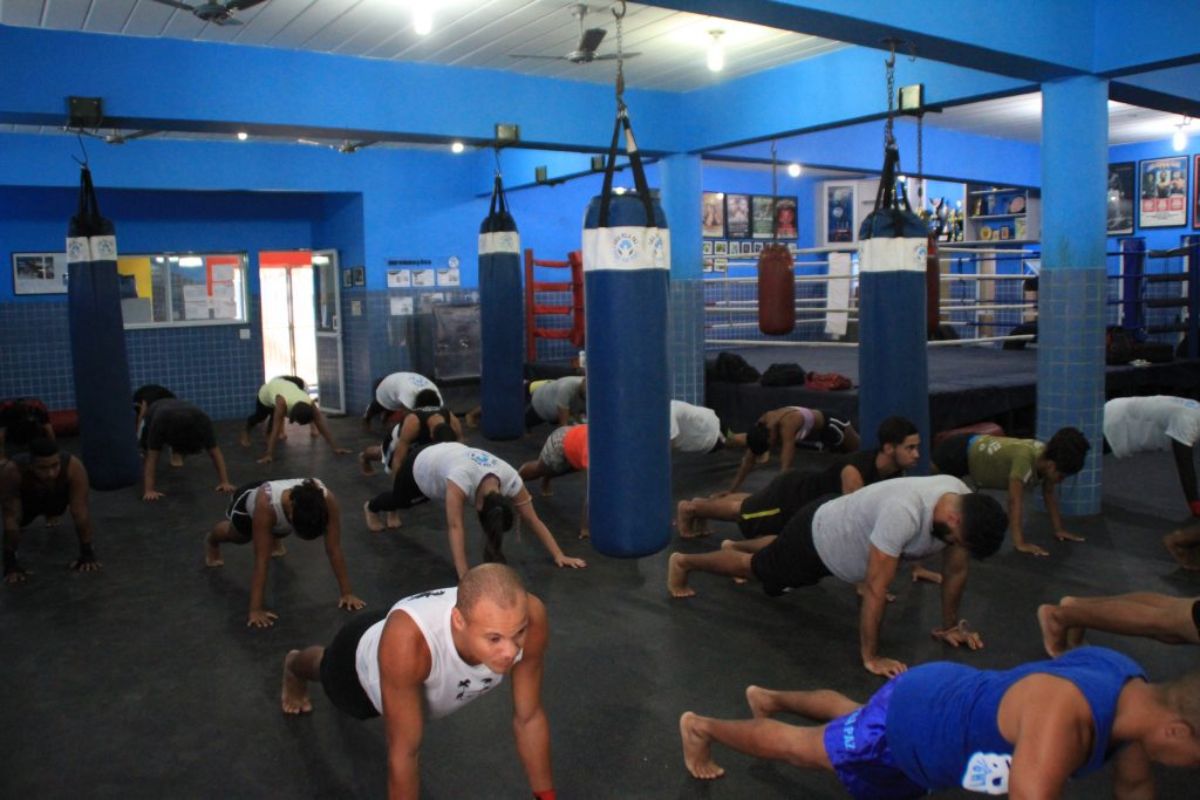 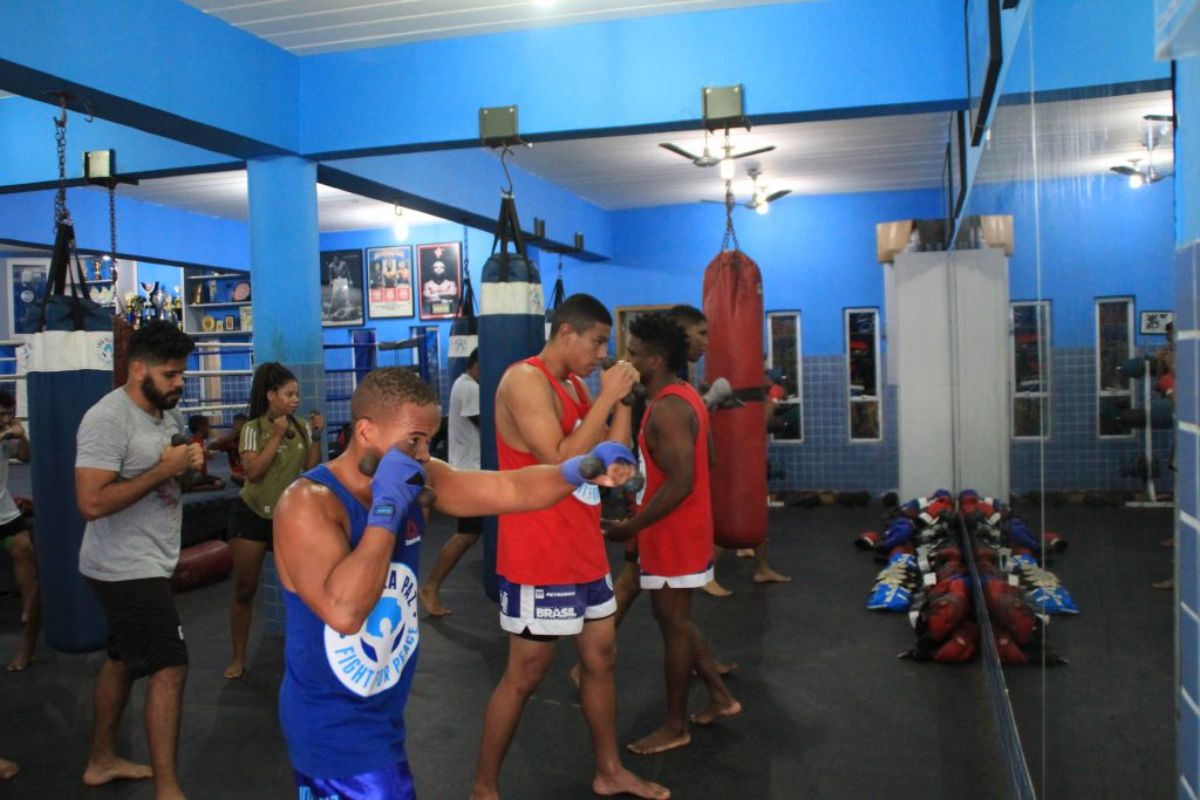 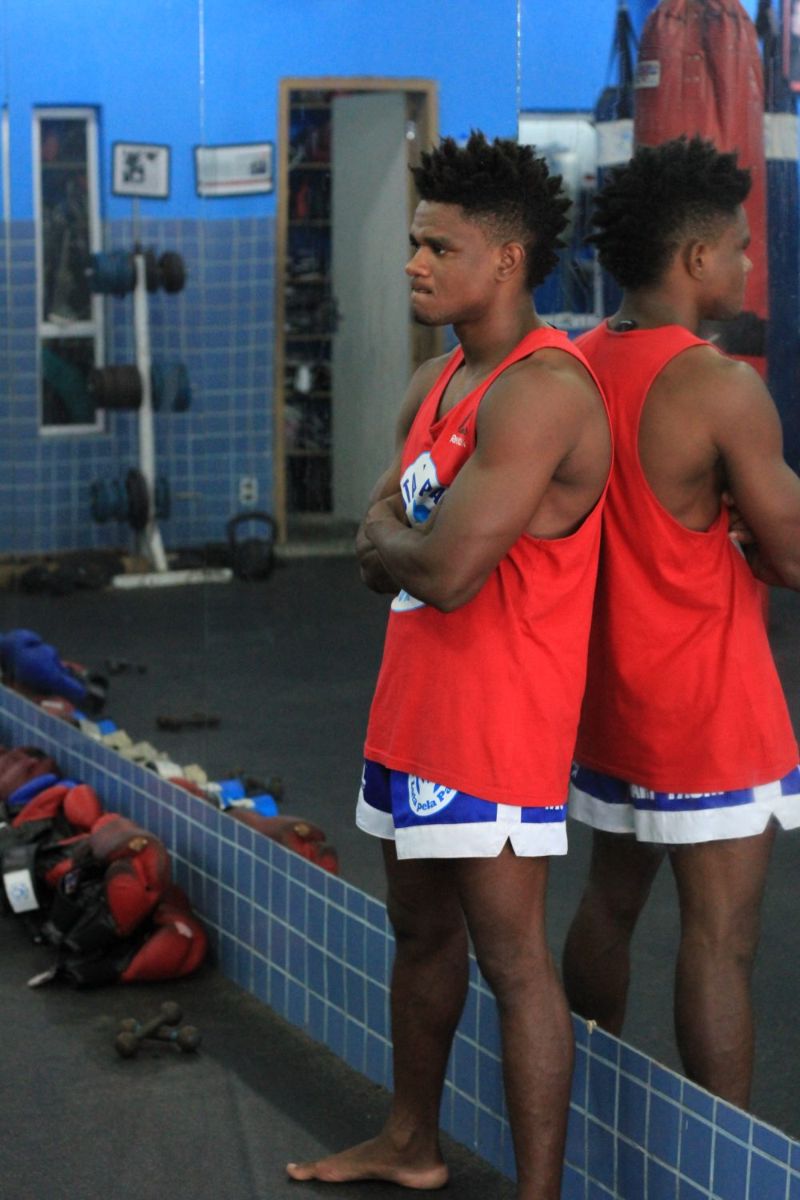 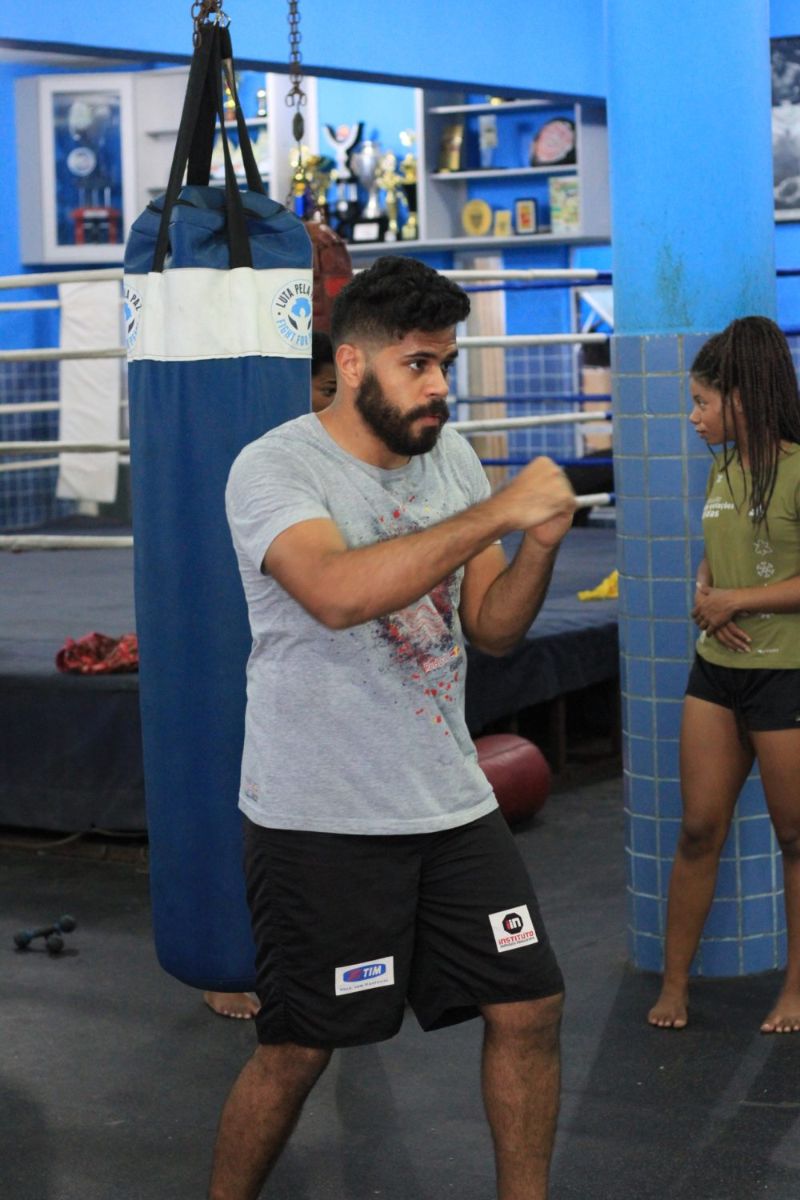 So after my initial introductions and the trainees understanding my reasoning behind me snapping pictures throughout the class. The training went full throttle began with warm-ups and people catching up. The whole team seemed to be a huge family or friends how close they all were mingling helping each other out and genuinely laughing and enjoying there time. They explained there levels to me a sash type system they wore on their arms, in my opinion, was quite difficult to understand. So I’ll add a link to the grading system to the best of my knowledge, Muay Thai armband levels.

As they began I sat down or walked around taking some shots, I left them to it best I could the odd question came my way and my translator also came over. Regularly interrupting there session I spent 45 minutes taking the pictures, I then went back upstairs thanked them and sat upstairs for a while until lunch time. I was checking my first 350 odd images I had taken and some were pretty good.

It was dinner time now I expected the food to be on site so to speak in the gym, or if not myself and Roberta would go for a drive, out of the favela. But no it was a local food place and on this journey a 10-minute walk if that, you feel absolutely helpless, there are small children with automatic weapons in reality kids in this environment grow up and become adults. A lot quicker, violent crime is rife and they protect themselves with weapons what soldiers who fight wars should have.

So we began walking around in the baking hot weather with heat haze all over the place on roofs, cars and roads trying to abide by the rules mentioned earlier even more difficult as you feel a fight or flight sensation a constant uneasiness. We got indoors up some narrow steps no more guns in sight and families of all kinds people with a lot of different backgrounds seem to just relax here so I felt a little easier, I ordered my food the typical Brazilian way get what you want and weigh the plate and the end of the line take a ticket and enjoy your meal. So as we both sat down Roberta with her chopsticks another funny thing in Brazil a lot of people use chopsticks I have no idea where the tradition arose but I know China is quite a way from Brazil. ‘if someone knows the history of chopsticks in brazil comment below’. My portion a lot bigger than Roberta's she laughed at the size of it we began talking about the upcoming new yrs and a friend of Roberta’s arrived sat next to us his English was pretty good we got talking about how I got here why I wanted to and I explained I enjoy boxing and travelling so I got in touch with Patrick who is based in Rio but originally from London and a few emails exchanged and it was agreed so here I am one of the most violent places in Latin America in such a small place compared to cities as a whole Rio, Medellin Colombia, Mexican cities, Caracas or even Guyana Georgetown. All who had so-called notorious reputations. But not 12-year-olds on motorbikes with assault rifles, I also saw at least one rocket launcher on a rooftop with a person no older than 16.

As we sat down to eat mid conversation a person casually said hello in Portuguese to a fellow family member I would presume. He sat down next to me with an uzi attached to his waist anxiety level shot way up again, loss of appetite in due course to follow. The other two Roberta and her friend registered my shocked face and just laughed, ‘its normal in maré’. 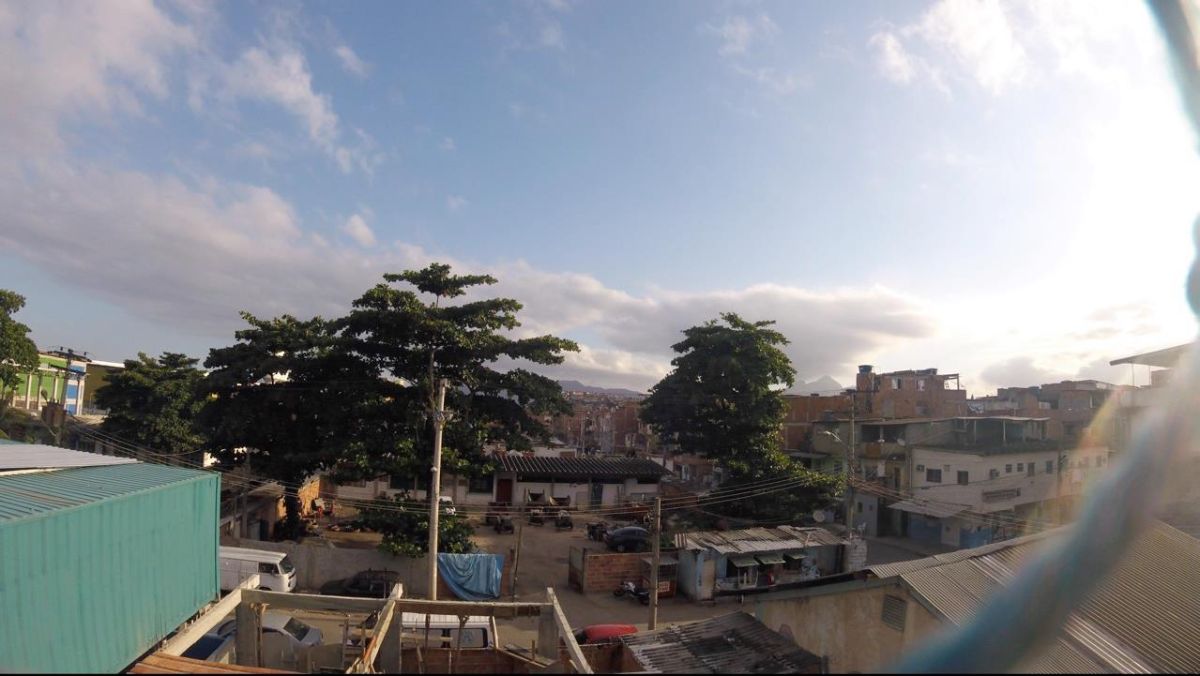 So food finished we headed back early afternoon by now with one more session to photograph, it was the junior boxing classes I had a lot of fun this time and a lot more engaging with the participants. So as they arrived in it was explained to them who I was why I was here and what I will be doing they all laughed and began conversation my translator no longer here so a lot harder for me to communicate.

So all in all my day in maré was an experience hard to express but I have tried, it makes you feel scared humbled and lucky to start where the kids are. And a lot of them have a productive life and it goes to the credit of fight for peace and organisation that works in areas like maré all over the world from Haiti to London to other parts of the new and old world.

I want to thank Patrick Ashcroft patrick.ashcroft@lutapelapaz.org.uk for helping me out.

And Roberta who without her I couldn’t have gained access to Maré at all let alone experience what I have Roberta.ribeiro@lutapelapaz.org.uk

“Only I Can Change My Life. No One Can Do It For Me”
- Carol Burnett