Posted in: Latest News
I arrived in costa rica on the 10th of January 2016 spent time exploring san jose. Which was enjoyable people on Sundays just g to the park for no special reason and have fun by dance groups, family groups just cooking and selling kebab type food on every corner. which was vey enjoyable. But my main reason to go to costa rica was to head down to the pacific coast preferably the osa peninsula and spend my time exploring the rainforests in that area. Which started off in a small town called puerto Jimenez, which is considered the main hub of tourist and professionals alike to explore the region specifically the Corcovado park.

I stayed in a hostel locally known as fanny lus hospedijae. Which is nothing more than their own house which was to large for their family where they rent there rooms out, which a number of people do. In turn brings income to the local communities all over there beautiful country and I prefer this, to the larger chains of hotels it is much more involved and enjoyable. After the stay in puerto jimenez I headed of to the forests around Carate Which mode of transport was a bus locally known as collectivo a transit van with tarpaulin as cover. So on a Sunday morning it leaves early, I got there for 8am but it leaves at around 7 if I remember right. So yes I missed it, I sat there contemplating what to do next at the local panaderia A bakery a young man similar in age to me. Asking what I was doing in broken english I would reply back in broken Spanish. He understood I missed the transport he then rang somebody he said was his Amigo which would give me a lift on motorcycle I said yes agreed on a price 20 minutes later a little old bloke. came plodding up the road on a quad bike introduce ourselves to each other he strapped my big bag with everything in it to the front and I kept a smaller bag with camera and computer gear in, on me. So Carate which is a town further north up the coast and full of wildlife by being just outside the corcovado national park. My main aim of coming up here alone was to photograph as much wildlife of the region as possible. Which was mainly birds, Such as cherry tanagers chestnut kingfishers and a number of water birds from tiger striped herons and ibis. I put my favoured bird images on my inaturalist profile to confirm my initial observations, which can be found here I also spent a whole night in a swamp type envoirements to try and get the best images I could of the spectacled caimans aswell as the critters of the night. One of my hardest images to capture was the eye shine of the crocodilian as I have saw this countless times on the tv shows I wanted my own image I am not at all in the slightest a professional photographer. I am just enthusiastic. 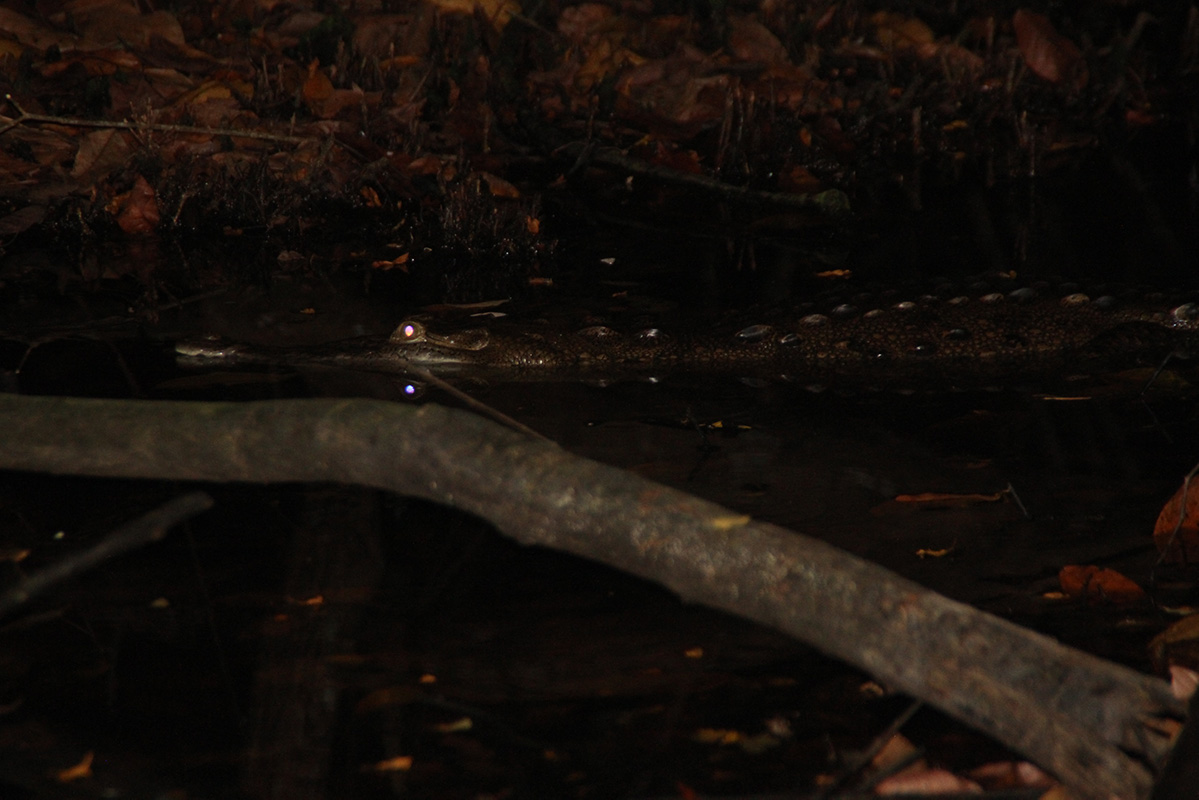 The image above would of taken me 6 hours in the mosquito and other insect nibbling area of the swamps I was maybe 8-9 metres away but it took a lot of tweaking, with the camera settings but was happy with the caught picture. I was heading further in land to find a spot to spend the evening, jungle knife bought gear checked and checked again. I came across an area which was just right could still hear the ocean and would not be interrupted by any intrepid scientist or guide. For as long as i could stay, which was only 2 days camping in the jungle. 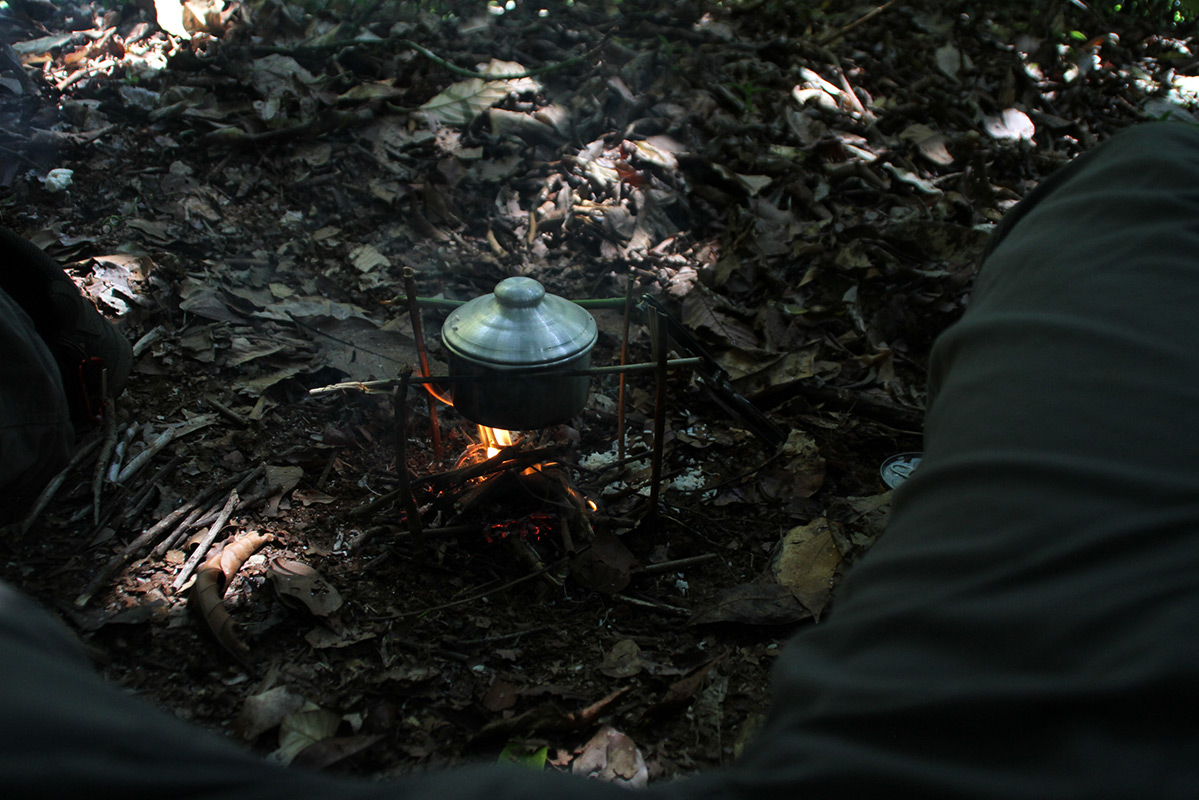 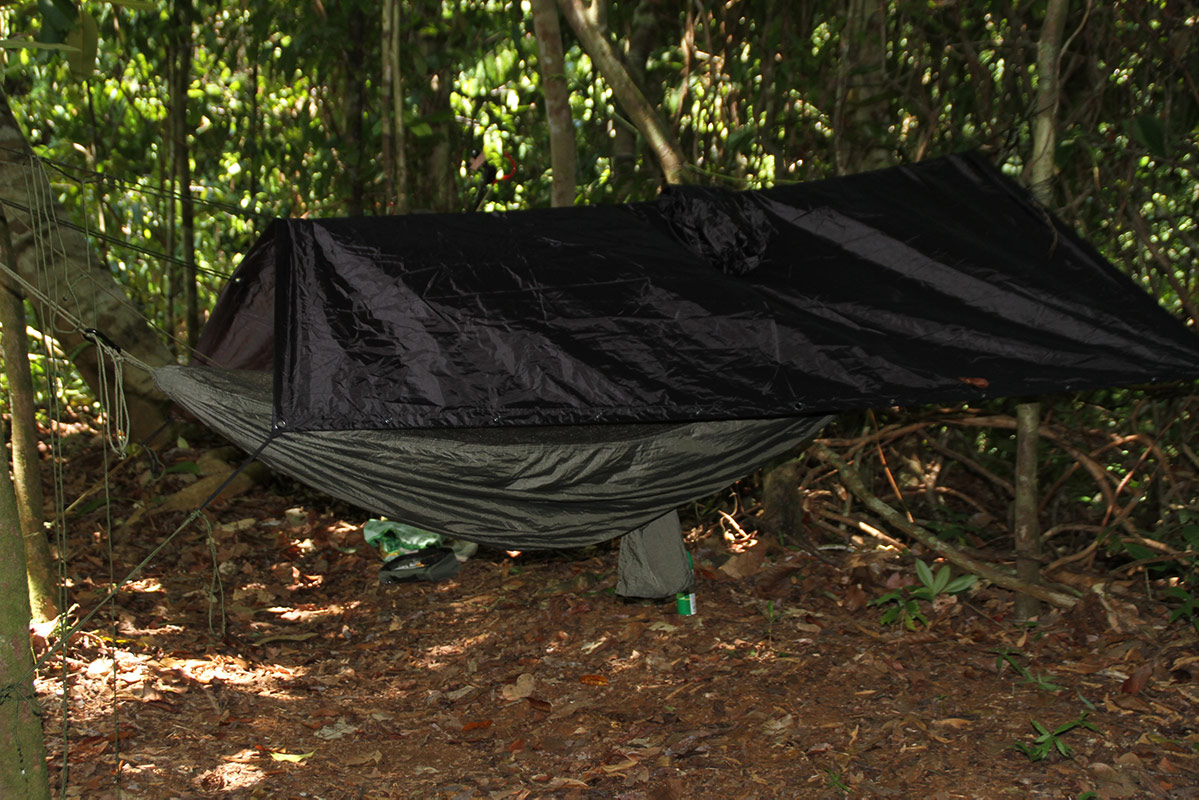 My 1st night in the jungle alone was unsettling at best for reasons such as it took me a long time maybe 2 hours to cut my way into the jungle and clear the area also you find yourself doing dynamic risk assessment every 10 seconds. By that I mean you assess everything from the tree rotting as tree reularly fall and they are known as dead fall, to wildlife such as this. A trail I came across on the way up here was known as toricipelo which in spanish means fer de lance and if you are aware of what that is, as interested and as passionate I am about all wildlife I would not of liked to find one around camp when my hammock slacked and dropped a few inches in the middle of the night which in an area like this, with no light pollution and under tree cover. It is featureless you can perhaps see about 3 metre ahead, for reasons I can only guess Which I came to an explanation which I believe bats where to blame as I had attached my hammock ropes to the trees they are very narrow like 50mm paracord specifically. So there is over 100 bat species in costa rica from the infamous vampire bat to the tent building bat, the majority of bats they travel via echolocation aswell as hunt. And it is known bats have and do still fly into small wires. which is similar in size to my paracords or more likely it could of just been my dodgy knot tying so I got out and resecured the rope and got the last few hours of darkness which was quite peaceful. But my image as best as I could get it of a bat swooping past me it is extremely difficult to tell bat species but I have made it near impossible with the blurry ness. 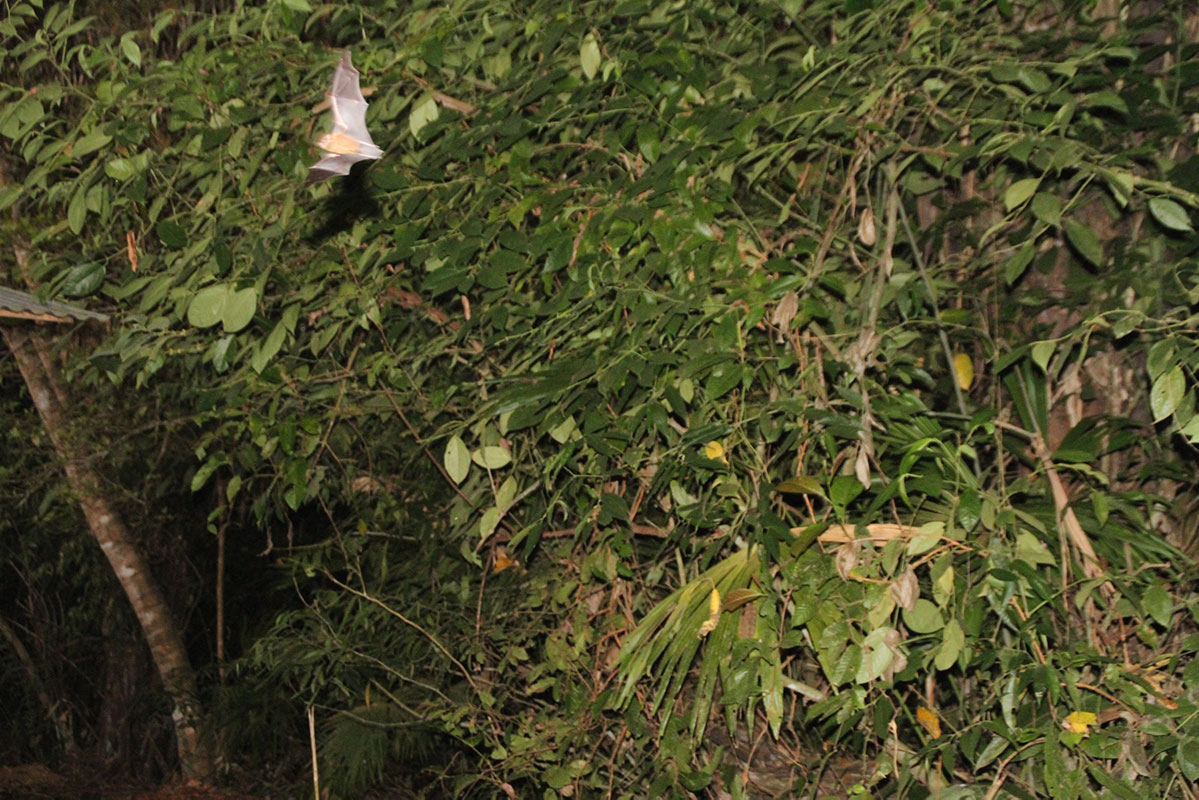 So details of the fer de lance it is the most dangerous snake, in the americas. For the reason it causes most bites in the 11 countries it is recognised which are, Mexico,Guatemala, Belize, Honduras, Nicaragua, costa rica, panama Colombia Ecuador brazil and Venezuela although subspecies are going to be found in neighbouring countries of these such as el salvador and peru etc. 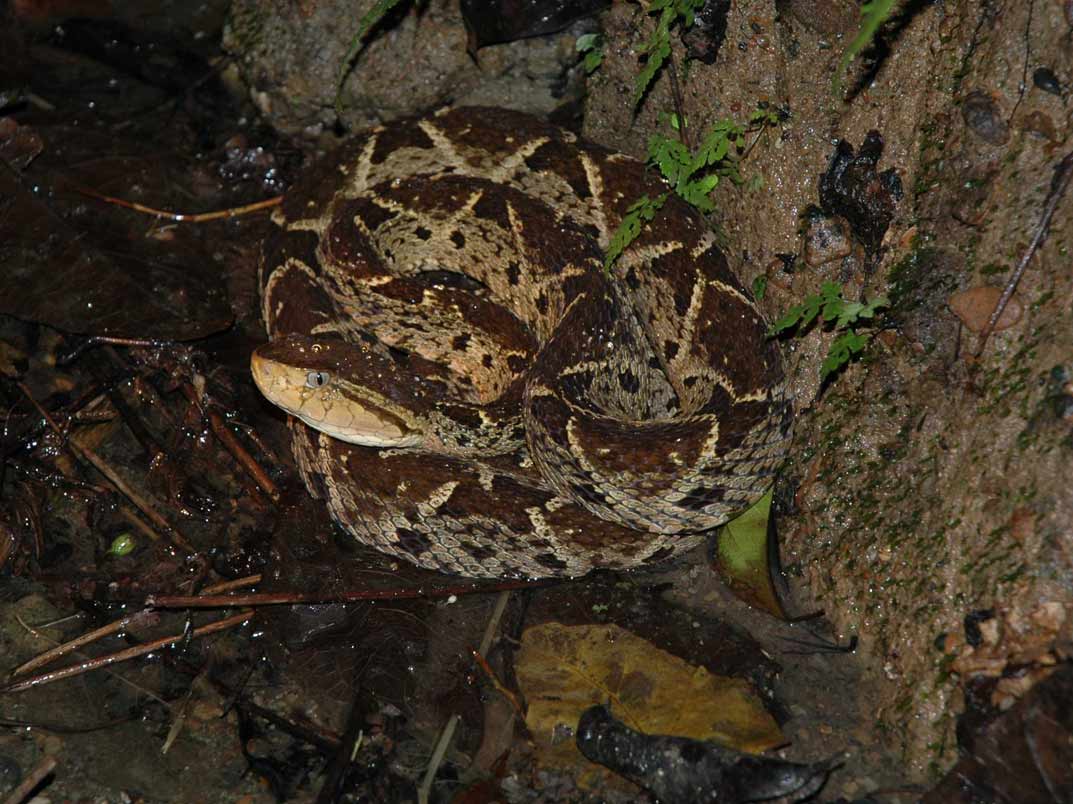